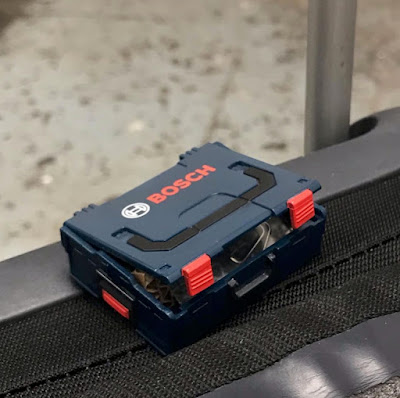 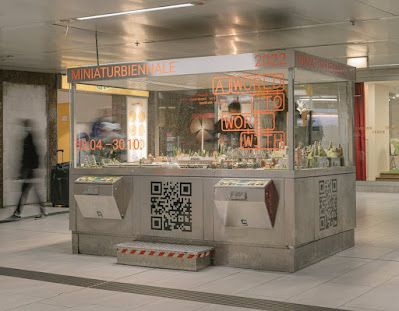 The exhibition A World To Work With shows works by twelve artists in the Modellbahnautomat at Düsseldorf‘s main station. In the tradition of sculpture exhibitions in public spaces, works are presented as models on a scale of 1:87, ranging from unrealized to completely newly developed concepts. With works by: Gina Fischli, Alexander Janz, Daniel Kuge, Louise Lawler, Fritjof Mangerich, Isa Melsheimer, Gerardo Nolasco-Rózsás, Lucila Pacheco Dehne, Sophie Pape, Thomas Schütte, Maria Visser and Alex Wissel The exhibition is curated by Alexander Janz and Felix Koberstein.
Models play an important role in artistic production. Many larger projects are first created on a small scale before they are realized in the size they are intended. This is mostly for pragmatic reasons. Many constraints that exist in reality are undermined in the model. In this way, ideas and thought experiments that cannot be easily realized due to size, cost, safety risks, or other limitations can be vividly put up for disposition. Models are used for experimentation in the studio, but also as a form of presentation for communicating ideas. It is therefore no coincidence that the aesthetics of the model-like, especially since the Neo-avantgardes, has itself become a field of interest for artistic reflection.
LINK miniaturbiennale (site in German)
Posted by dolfpauw at 4:32 PM