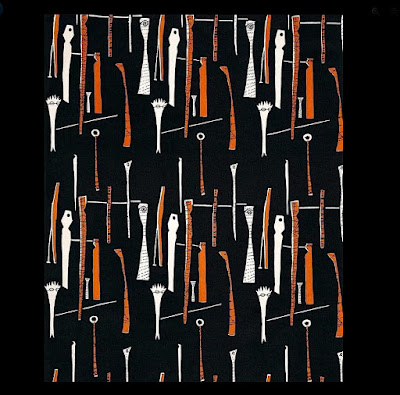 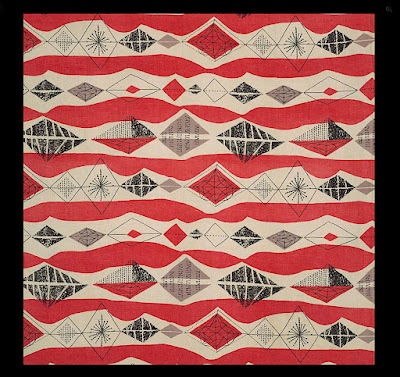 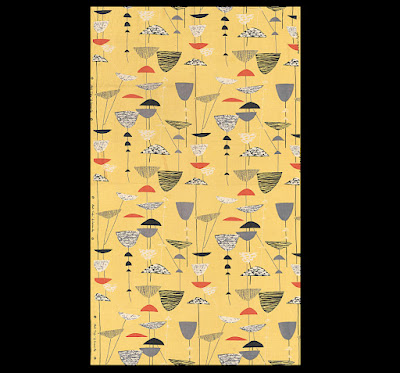 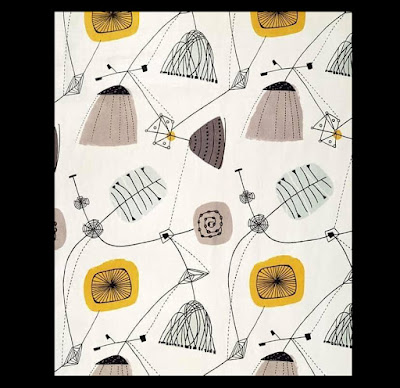 Lucienne Day's career in design spans 60 years and the freshness and originality of her work ensures that it is still relevant to contemporary interiors. A versatile and influential designer, Lucienne was commissioned by a wide range of companies and extended her very particular vision to carpets, wallpapers, tea towels and ceramics as well as textiles. With her husband Robin she pioneered the post-war revival of design and manufacture and extended the boundaries of modern design, enjoying international recognition. Her best known textile design 'Calyx' was launched at the Festival of Britain in 1951 and subsequently received the coveted International Design Award of the American Institute of Decorators.
Lucienne Day's early textiles were inspired by her love of modern art, especially the abstract paintings of Paul Klee and Joan Miró. Reflecting on recent trends in textiles in 1957, Lucienne observed: “In the very few years since the end of the war, a new style of furnishing fabrics has emerged…. I suppose the most noticeable thing about it has been the reduction in popularity of patterns based on floral motifs and the replacement of these by non-representational patterns – generally executed in clear bright colours, and inspired by the modern abstract school of painting.” However, although abstraction was the dominant idiom in her work, Lucienne also perpetuated the English tradition of patterns based on plant forms, often incorporating stylised motifs derived from nature, such as leaves, flowers, twigs and seedpods. After dabbling in painterly, textural abstraction during the early 1960s, she experimented with hard-edged, multi-layered geometric designs composed of squares, circles, diamonds and stripes during the mid to late 1960s. Stylised florals and arboreal designs remained recurrent motifs until the mid 1970s.
LINK luciennedayfoundation
LINK Its Nice That
Posted by dolfpauw at 2:29 PM No comments: