Until October 2 in Kunstgaten on Skjærhalden Norge 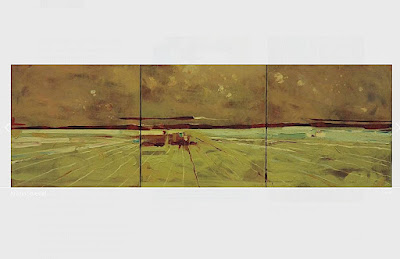 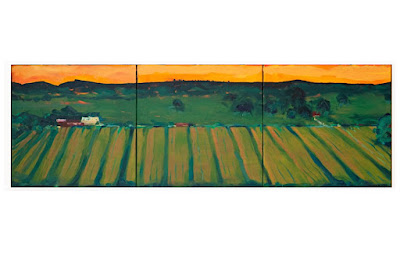 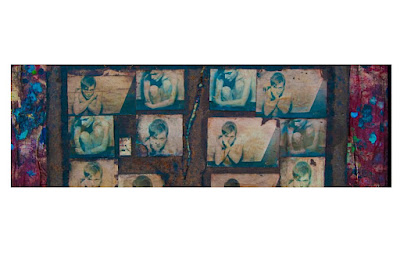 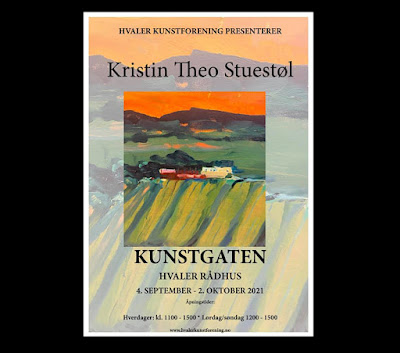 The pictures shown in Kunstgaten at Skjærhalden are abstract and colorful, but the color palette is dominated by a dark contrast. Stuestøl is inspired by the light in Scandinavia. Last year she moved to Hvaler, where she works from her studio on Vesterøy. She has been inspired by Hvaler's nature, because lately the motifs have turned to sky and sea. In this exhibition, images are shown in several types of techniques. There are both landscape paintings on canvas, but also material pictures on plates with rusty plates, skulls from porpoises and recycled textiles. In one of the series shown at the exhibition, Stuestøl has, among other things, used rags that have a story of their own.
’All the rye I have used are made by my father's aunt. I ran upon them as a child in the cabin. As they were about to disintegrate after we inherited them, I asked my sisters if I could use them in art.’
The exhibition hangs until October 2 in Kunstgaten on Skjærhalden.
Read more F-B.No (in Norwegian)
Posted by dolfpauw at 1:11 PM